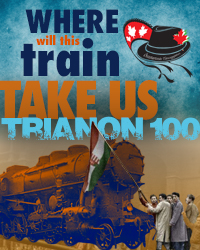 This one-hour dance special telescopes 150 years of Hungarian history focusing on five major events. It starts with Hungary’s 1848 Revolution and Freedom Fight, followed by the disintegration of the Austro-Hungarian Empire, the 1920 Treaty of Trianon, immediately following the First World War, that removed two-thirds of Hungary’s territories, splitting them between Slovakia, Austria, Yugoslavia, and Romania, the 1956 Revolution against Soviet oppression that forced a mass migration to other lands, resettlement, and a new life.

This event is GENERAL ADMISSION. Your ticket may be numbered for tracking purposes but this does not refer to a specific seat. Seating will begin 30 minutes prior to showtime.